My new Regency romance series, The Honorables, kicks off in less than two weeks with the release of HONOR AMONG THIEVES on October 27. I can't believe it's already almost here! I'm so excited to share this novel with you. This story has been kicking around in the back of my mind for years, waiting for all the pieces to fall together. They finally did, and I'm thrilled with the result. I hope you will be, too.

While we're waiting for October 27 to get here, I thought I'd introduce you to one of the characters you'll encounter in this tale that carries us to the dark underbelly of Regency London. HAT's heroine, Lorna, joins a gang of resurrectionists, body snatchers who plundered graves and sold corpses to surgeon-anatomists for dissection. One of the members of the group is Bluebell, a bloodhound who sniffs out fresh graves. And though she has a grim job, Bluebell aspires to a cushier life. Click through for an excerpt, and a chance to win an advance e-copy of HONOR AMONG THIEVES:

Humphrey, his voice coming from the entrance hall, broke the silence. “Oh, no you don’t. Get out! Out, I say! Oscar,” he called, summoning the footman, “come at once!”

Alarmed by the commotion, Lorna sprang to her feet. She ordered Daniel to stay put and hurried into the corridor.
In the foyer, Humphrey made slow, arthritic attempts at shooing away the large tan and black bloodhound eagerly sniffing her way around the perimeter of the space. The dog paid the old retainer no mind, but her head snapped up when Lorna entered. With a happy woof, she trotted, jowls swinging and tail wagging, to Lorna’s side. Red-rimmed eyes buried in folds of fur gazed at her adoringly, while drool dangled from a lip. 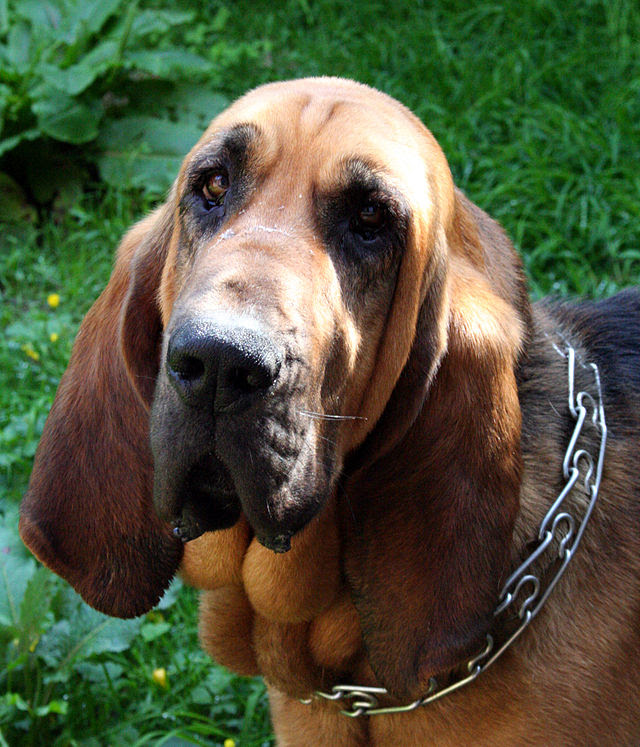 Lorna groaned. The last she’d seen of Bluebell, the dog had been gnawing on a beef bone in the mews that housed the gang’s wagon and mules. The animal must have followed Lorna home last night after she retrieved her mare.

“Oscar, seize the cur,” Humphrey ordered. The footman started for Bluebell, but Lorna stayed him with a hand.
“Just a moment, Oscar.” She turned to the butler. “Where did you find her?”
Daniel whooped behind Lorna. “A dog!”
“I told you to stay in the breakfast room,” Lorna scolded.
Ignoring his sister, Daniel bounded over, rubbed Bluebell’s large ears, and was rewarded with sloppy licks all over his face. Daniel fell over on the yellow marble floor, giggling wildly, while Bluebell laved him with attention.
“Daniel,” Lorna started. With a sigh, she left him to his fun and raised a brow at Humphrey.
“When I opened the door to sweep the portico, there it was.” He pointed an accusing finger at his adversary. “The great lummox waltzed right in.”
On the floor, Daniel now lay on top of Bluebell, his lithe body running the length of her back. The boy’s arms wrapped around the dog’s neck; his cheek rested on her withers. For her part, Bluebell panted contentedly.
“Get off of the dog,” Lorna said.
Daniel’s arms gripped Bluebell tighter. “Can we keep it, Sissy?” Boy and dog both gazed at her with liquid brown eyes.

While animals are present in my other novels, Bluebell is my first animal character who plays an active, important role in the novel and has a story arc. Writing her was great fun, and I hope you'll enjoy spending time with this special girl.

Now... giveaway time! If you'd like to receive an advance digital copy of HONOR AMONG THIEVES (your choice of ePub or MOBI format), just leave a comment below telling me about one of your favorite fictional animals. Contest closes 11:59 PM EDT Sunday, October 19. Winner will be selected via Random.org, and announced Monday, October 20.